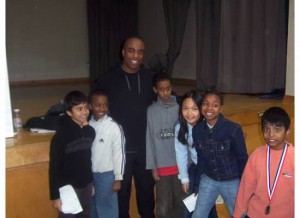 If you’ve been to any of my training sessions, workshops, presentations – you’ll know I often start with a story  They are a perfect way to frame conversation and get us thinking about our teaching.  We are hard wired for narrative and I think for both language teaching and teacher professional development, we should be using many stories!

So, I’d like to share some of my own stories from my decades in the English language classroom.  I’ll be asking readers to reflect on the story and also saying what it means to me. Could mean something completely different to you and that’s the beauty of stories. See the other posts in this series on my public blog or the links below.

Today’s story is from my days as a grade 4 teacher at Rose Avenue P.S.  downtown Toronto.   I was teaching a class of lovely students, a patchwork of eager kids from all over the world. In my one class I had students from  Sri Lanka, Korea, Iran, Somalia, Egypt, Phillipines, Ethiopia, Jamaica, Japan, India and probably more that I’m forgetting ….   It wasn’t easy, bringing all these kids together and creating a classroom community.

We “lived” in a windowless portable set off from the main school. We called it “the ghetto”.  It was a horrible place to teach. Every step students took, the building creaked. It was freezing in winter and sweltering in summer.  At times it seemed worse than jail.  Students would just blow up, anger would build.  I had to do something.

So I decided every time I felt students getting tense, felt the energy waining, we’d just throw on our coats and head out for a run. Yes, a run. I was a runner and this inspired the kids.  So on my whistle (yes, used to wear a whistle around my neck for class control!) we’d all just run outside and students would do laps around our small, barren playground. They’d try to do the most laps and then record them on a large chart I’d made.

This worked great.  Student energy and happiness increased. They loved seeing their lap count grow.  I had troubles with other teachers reporting me to the principal but I argued with him about what I was doing and he eventually agreed or didn’t fight with me on this issue.  We even got a TV program filming us and some press (read about it  here – Treadmill champ inspires kids to be fit).

But I had one student Musadaq, a tall, skinny, skinny, always quiet, reserved Somalian not involved at all. (see him in the photo, right side of a Canadian Olympian I invited to speak to the class). He’d just walk or slowly jog. He never tried to compete with all the other boys always racing up front and then tiring but courageously continuing. No, he’d just saunter along at the back of the pack.

One day I kept him behind and berated him about how few laps he had done. I was terribly hard on him, telling him he was a failure and I was terribly disappointed.  Immediately, looking into his eyes, I regretted my words. But words are permanent, you can’t take them back.  I was disgusted with myself.

Musadaq put on his coat and went out of the class. I walked behind him as he slowly started to jog.  Then something amazing happened – he just took off like a cheetah. I had never seen him move so fast nor thought he could.  It was startling.  I expected him to slow down but no, he just kept going faster and faster. He passed all the lead boys and they took off after him. But they couldn’t touch him.  He just kept going and going, lapping everyone several times.  I let the session go on longer than usual to just test Musadaq but he never stopped, never slowed.

Back in the class, everyone looked at Musadaq differently. And he also in the days that followed was a different kid. He walked tall and glowed. During our running sessions, he’d take the lead and just run free, his lap count becoming astronomical.

I don’t know what Musadaq is doing today. He’d be finishing high school or entering university. I hope he is running but if he isn’t, I still think he feeds on the self confidence that he got that day.  For me as a teacher, it taught me that sometimes saying the wrong thing is saying the right thing. That being wrong is sometimes right. Teaching isn’t paint by numbers. It happens moment by moment and is an all too human endeavor. There is no guru, no code, no system – only that we face each day.

Long may you run Musadaq!

I’ve previously shared a number of stories from my own teaching – here are just a few, if interested:

Saying Hello In Many Languages

Letters of Reference from Parents

What Teaching Gives Me